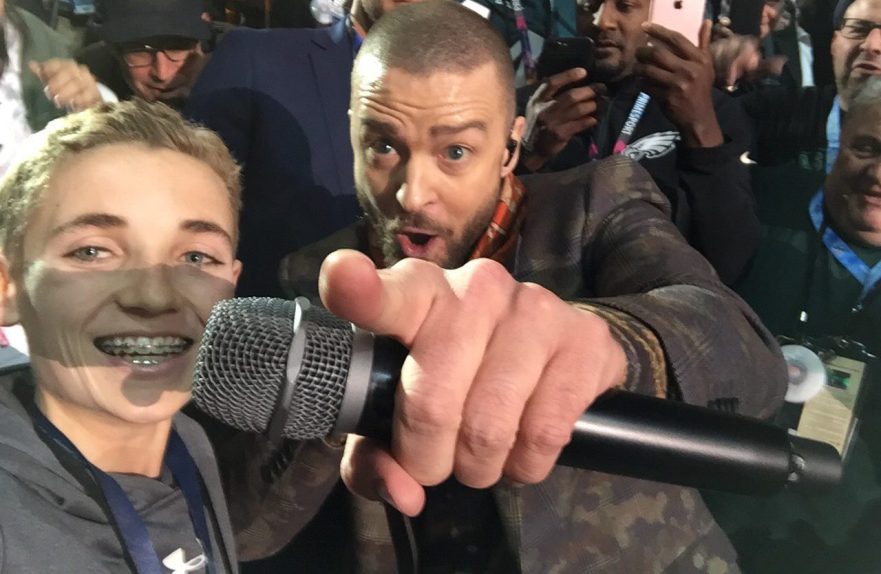 Everyone saw the kid take a selfie live during Justin Timberlake's performance. Meet Ryan McKenna, a seventh-grader at Derby Academy in Hingham, Mass. His pic went viral, and that started the storm of press he now knows as his life.

According to Twin Cities Pioneer Press, he flew in around noon on Sunday and the family had plans to fly out early on Monday morning. After the story and picture hit the press, he was being called to do interview after interview.  He’s already scheduled to do a hit on Good Morning America.

His Dad said people started calling his phone right away and within 3 minutes was dead. Ryan said he just saw an opportunity and took it.